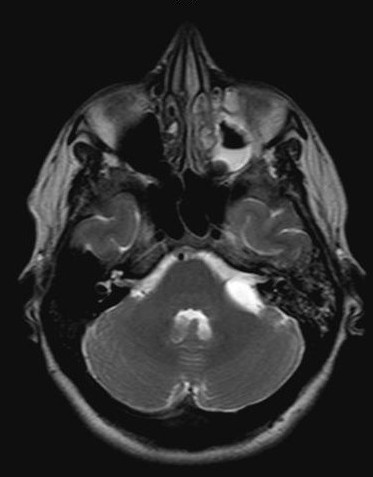 Hemifacial spasm caused by an arachnoid cyst in the cerebello-pontine angle.

The hemifacial spasm  is usually caused by the abnormal contact between the facial nerve and an artery of the posterior cranial fossa (usually a branch of the vertebral artery).

Less frequently, the spasm can be induced by the presence of a tumor or a cyst at the level of the cerebellopontine angle.

In this article, published in the Journal Neurosurgery (December 2009) is reported the rare case of a woman suffering from hemifacial spasm caused by the presence of an arachnoid cyst in the cerebellopontine angle which resolved after removal of the cyst wall and microvascular decompression of the facial nerve.